Wijnaldum has been mentioned as a target for Barca and on Saturday Mundo Deportivo claimed Koeman had given the green light for the deal and actually ‘endorses’ the transfer.

Now Sport have backed up those claims and gone further saying that possibility of the 29-year-old arriving at Camp Nou is ‘beginning to take shape’ after Koeman made the signing a ‘priority’.

In fact Koeman’s fellow Dutchman has become a ‘non-negotiable goal’ for the former Everton boss.

The report says that Barca are waiting for Jurgen Klopp to make his move for Thiago Alcantara. Only then will they make an approach for Wijnaldum, who will cost around €25m, per the source.

Mundo Deportivo meanwhile has an update and their headline, via Sport Witness, reads: ‘Silence from all parties around Wijnaldum’.

The representative was coy, but did not rule out ‘existence of contacts and negotiations’. 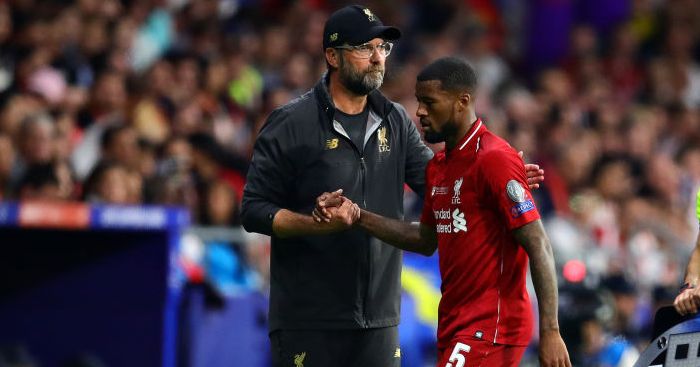 Mundo say that all parties are working with the ‘utmost discretion without ruling out that there may be a definitive advance in the coming days’.

Wijnaldum’s situation at Anfield is a strange one. He is under contract until 2021, but there has been no real noise about extending the deal.

Asked for a comment on Wijnaldum’s situation ahead of Liverpool’s clash with Arsenal in the Community Shield at the weekend, Klopp told a press conference that he would not be talking about the ongoing scenario.

“And that means we don’t talk about that. I never did in press conferences so why should I change that?”

Lovren opens up on why he left Liverpool and Salah friendship

James Rodriguez says he was “disrespected” over Copa America decision