Arsenal stance made clear in transfer stand-off with Mesut Ozil

Arsenal still want to shed Mesut Ozil from their squad this summer, but remain all too aware they cannot force him to leave the Emirates.

Ozil has been linked with a move away from Arsenal after falling out of favour in recent times. The German has made just 42 Premier League appearances across the last two seasons, scoring six goals and providing six assists.

Under Mikel Arteta, who took charge in December, he has featured only nine times and has not been selected since football resumed after the enforced break due to the coronavirus pandemic.

Despite that, the player and his agent have made it clear that Ozil intends to see out the final year of his contract.

But according to Sky Sports’ Dharmesh Sheth, the Gunners are still aiming to get rid of the 31-year-old in the current transfer window.

“I think from Arsenal’s perspective, in an ideal situation they do want Mesut Ozil gone,” he said on the Transfer Show.

“He’s in the final year of his contract, he’s on a £350,000-a-week contract, but they are well aware that the power does lie with the player here.

“Mesut Ozil has already come out and said ‘I will decide when I go and I’m preparing for the new season as usual’. ‘New season prep starts now’ is what he tweeted straight after that game [Arsenal lost 3-2 to Aston Villa in a friendly on Saturday].

“Mikel Arteta has said that every player has got a clean slate, it doesn’t matter what has happened in the past.

“As it stands, has anything changed? Fundamentally, Arsenal still do, in an ideal world, have an Arsenal without Mesut Ozil in that squad.

“Realistically though, they know he has the power of the decision. He’s under contract, he can do what he likes really, so not much has changed.

“In an ideal scenario, what Arsenal would want to do, whether Ozil would agree to this or not [is unknown], is rather than pay up the full term of his contract, which would cost in the region of £13/£14million, is find a compromise where he gets some sort of pay off and his contract is then null and voided and then he can move for free somewhere else.”

Last week it was reported that Ozil has received an offer from Saudi Arabian outfit Al-Nassr. It is believed the Pro League team are prepared to pay him £15million a year to convince him to sign.

There has been no indication that he is considering the move though, with the World Cup winner looking increasingly likely to stay in North London.

Gunners to miss out on midfield target 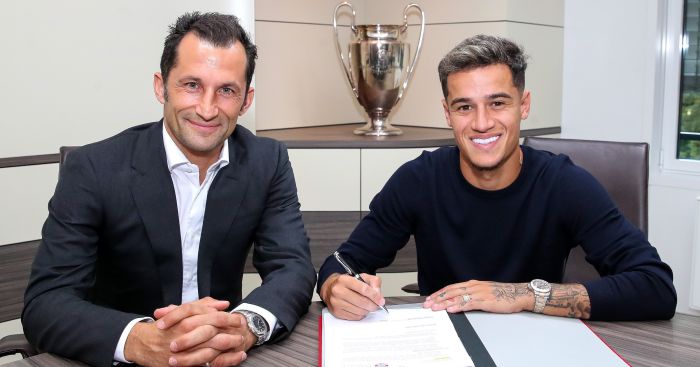 Arsenal have reportedly been dealt a blow in their pursuit of Philippe Coutinho after Ronald Koeman opted to keep the Brazilian.

Coutinho spent last season on loan with Bayern Munich and had been expected to make a permanent move away from the Camp Nou.

The likes of Manchester United and Tottenham were also linked, but Arsenal were favourites to sign the ex-Liverpool star.

But Koeman’s decision means a deal is now unlikely, with the Dutch coach to make Coutinho a part of his plans for his first season in charge of the Catalan giants.

The post Arsenal stance made clear in transfer stand-off with Mesut Ozil appeared first on teamtalk.com.