Paris Saint-Germain are reportedly close to completing a deal to sign Alessandro Florenzi from Roma, which would end their pursuit of Arsenal’s Hector Bellerin.

PSG are in the hunt for a new right-back to replace Thomas Meunier, who recently left for Borussia Dortmund.

Previous reports had indicated that Bellerin was a replacement option for the French champions. Indeed, the club allegedly made a £25million bid for his services.

More recently, another suitor for the Spaniard emerged in Barcelona, who have held talks about a deal with Arsenal technical director Edu.

Edu reportedly told Barcelona officials that Bellerin would be available for at least £18million.

However, according to RMC Sport, those options have narrowed, with a move to PSG now off the cards. The Parisians have now agreed a deal for Roma captain Florenzi, who has a medical booked in the coming days.

Both clubs will likely wrap up the agreement on Thursday, the report adds. 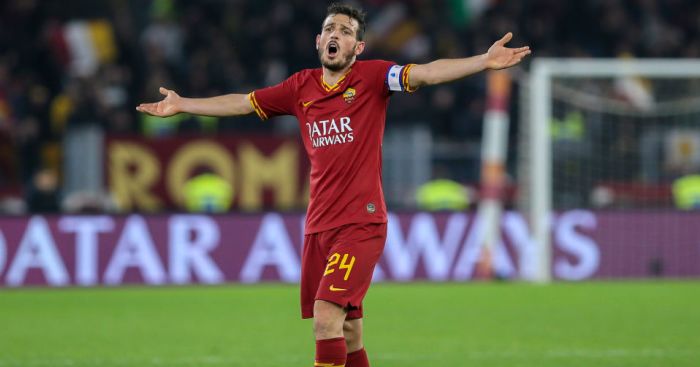 Florenzi’s move will be for an initial season-long loan, although PSG will have the option to make his stay permanent next summer.

The Italian, who began his youth career at Roma, struggled for game time last season. He signed up to a loan spell with Valencia in January, although he also failed to settle there.

He was hampered by chicken pox, while the coronavirus lockdown and injury also set him back.

What’s more, Roma boss Paulo Fonseca began to play a back three last season, a system into which Florenzi seemingly does not fit.

ARSENAL PRESSING ON IN SEARCH OF AOUAR

Elsewhere, reports claim Arsenal will press on with an increased bid for Lyon midfielder Houssem Aouar.

The Gunners had a swap deal involving Matteo Guendouzi rejected by Lyon, as well as a £31.2million bid.

However, Arsenal will reportedly step up their efforts to sign Aouar, amid interest from Manchester City.

Arteta’s Arsenal job in jeopardy, as report divulges shortlisted name to replace him