Gareth Bale has accused Real Madrid of making things “very difficult” for him by blocking his departure from the Bernabeu.

Bale – who is contracted to Real until June 2022 – has fallen out of favour under manager Zinedine Zidane. He played just 48 minutes of Madrid’s 12 games when the Spanish season resumed after the coronavirus lockdown.

Zidane accused Bale of not wanting to play in the Champions League tie with Manchester City. But the Wales forward has hit back by saying Real have stopped him leaving Spain on various occasions.

Asked about his future, Bale – who almost joined Chinese Super League club Jiangsu Suning on a £1million a week three-year deal in 2019 – told Sky Sports: “I think the club needs to answer that question because I tried to leave last year. They blocked everything at the last second.

“It was a project I was excited for last year but it didn’t materialise.

“There’s been other instances where we’ve tried to go. But the club won’t allow it or done something.

“So it’s on the club, I can’t really do anything. I have a contract.

“All I can do is carry on what I’m doing and hopefully something comes up.

“But as I said, it’s in the club’s hands. They make things very difficult to be honest.”

Bale often cut an uninterested spectator on the sidelines when Spanish football returned in June.

He was pictured pretending to sleep in the stands and using a roll of wrist tape as a telescope when he found out he was going to be an unused substitute.

Bale has been linked with former club Tottenham and Manchester United and said returning to the Premier League – which he left in 2013 for a then world record fee of £85.3million – would be an option.

He said: “If those options arise then I’d look at it for sure. We have plenty of time in this transfer window and I guess a couple of others as well. Time will tell.” 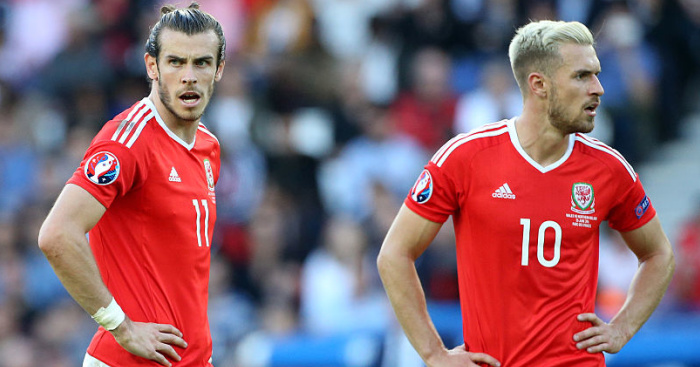 Bale is currently with the Wales squad on Nations League duty and will skipper Ryan Giggs’ side against Finland in Helsinki on Thursday.

“It doesn’t really affect me, I’ve had plenty of experience to deal with it. It is what it is.

“Everyone knows how passionate I am to play for Wales and I come here excited to play football and motivated to do well, and get back to playing football where I belong.”

READ MORE: Gareth Bale’s exit from Real Madrid looks set to be held up further due to the Spanish giants refusing to pay the the final two years of his salary.

Ntseki on joining Kaizer Chiefs: I already feel at home, being a Motaung

Arsenal provide updates on Luiz, Xhaka and more ahead of West Brom