Marcelo Bielsa has confirmed he will be managing Leeds United this season after their promotion to the Premier League.

Bielsa took Leeds back into the top flight by winning the Championship title last season, in his second year as their manager. He was named the best manager in the second tier at the end of the season.

However, there had been uncertainty about his future, as his contract was due to expire this summer.

Leeds have always expressed confidence that Bielsa would commit and lead them in their first Premier League season since 2003-04, and now the Argentine tactician has confirmed he will be in the dugout at Elland Road again.

Speaking ahead of their season opener against Premier League champions Liverpool, Bielsa announced the news all Leeds fans have been waiting to hear.

He said: “I will be working the next season at Leeds United.

“Everything has been sorted and it’s definite I will be here next season.”

Asked why it has taken so long to confirm the decision, Bielsa replied: “There is nothing of importance. I have worked at 100 per cent since the celebrations finished.”

It will be the first time Bielsa has managed in the Premier League, and the 65-year-old is relishing the opportunity.

“The club, the fans, the players, they all deserve to be playing in the Premier League.

“It’s the best league in the world and it requires you to be at the highest level.

“I am very happy to compete in a league of such stature.”

Bielsa is well aware of the difference in quality between the Championship and Premier League. However, he insists Leeds are ready to make the jump.

“It’s difficult to assimilate how they are going to adjust to the Premier League. We prepared for this, but we need to show it on the pitch.

“It’s very difficult to predict what’s going to happen when there is a change in league and change in quality.” 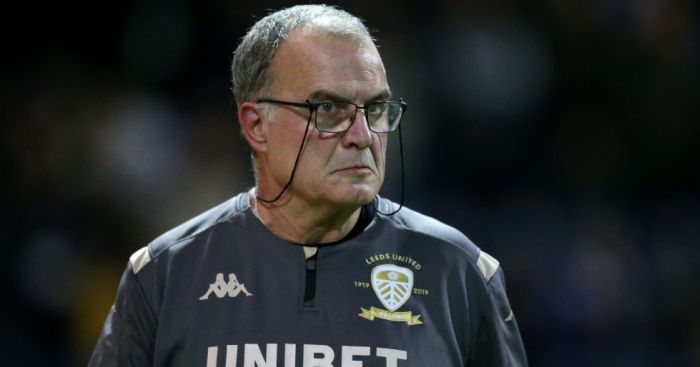 Bielsa has taken much of the credit for Leeds’ resurgence over the past two seasons, but he insists the club has always had the right structure to compete at the top.

He added: “I don’t share the opinion I have changed the structure of the team.

“When I arrived they had the necessary structure to work at a high level. This is in reference to logistics, the academy, health and institution. Maintenance of the institution.

“All the areas at the club were running how they should.”

Ahead of the curtain raiser against Liverpool, though, Bielsa admits he is feeling nervous – but would be worried if he wasn’t.

“I always get nervous prior to playing. I worry when I am not scared or nervous.”

FAN PREDICTIONS: Who will win EURO 2020?