Chelsea are edging closer to agreeing a deal with Rennes to bring goalkeeper Edouard Mendy to Stamford Bridge, according to a report.

The Blues have already spent £200million on six summer signings, Kai Havertz the latest to arrive.

However, reports claim boss Frank Lampard has far from finished revamping his squad ahead of the new season. The 42-year-old wants another goalkeeper, amid doubts about Kepa Arrizabalaga.

Recent reports have suggested Chelsea have stepped up their hunt for Senegal international Mendy. The 28-year-old impressed with nine clean sheets in Ligue 1 last season.

Chelsea have allegedly had at least one bid knocked back for Mendy, but The Athletic says an agreement is near. The source claims Chelsea are edging closer to meeting Rennes’ demands.

Previous suggestions were that Rennes would look for €25million (£22million) for their goalkeeper.

Lampard dropped Kepa midway through the campaign for second-choice Willy Caballero. Since then, the Spaniard has struggled to re-cement his place in the starting lineup. 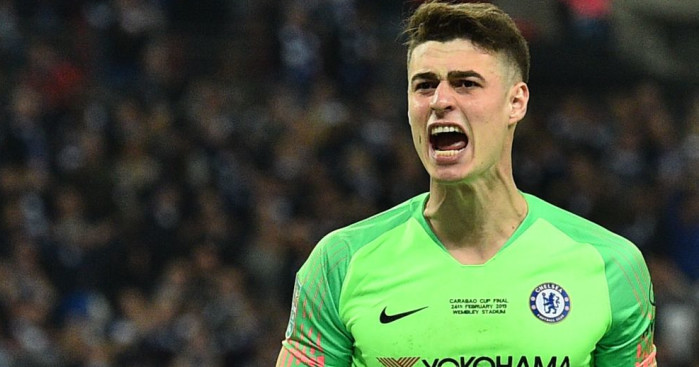 What’s more, The Athletic adds that defensive midfield is another area Lampard wants to strengthen. West Ham’s Declan Rice is his top target, but he could look elsewhere.

Earlier speculation has claimed Chelsea could wait until late in the window to launch a move for Rice.

CHELSEA LOOKING TO BALANCE THE BOOKS

The Blues could allow several players to leave before the October 5 deadline, Tiemoue Bakayoko among them.

Indeed, Chelsea have reportedly offered the midfielder – along with two other players – to Real Madrid.