Saint-Etienne centre-back Wesley Fofana has begged head coach Claude Puel to let him leave for Leicester in an eye-catching interview, amid a £26million bid from the Foxes.

Fofana, 19, earned a promotion to his side’s first team last season and impressed with 24 outings in all competitions.

As such, he has caught Leicester’s eye, with L’Equipe claiming they have made the bid in order to bolster their defence. Indeed, Brendan Rodgers is also willing to hand the Frenchman a five-year contract.

Speaking to the French newspaper, Fofana revealed he has fielded several offers. And while he wants a move to the King Power Stadium, Puel insisted in a press conference on Wednesday that the defender remains a vital part of his plans.

Puel’s comments come only a few months after Fofana agreed a new deal with his current employers.

In response, however, Fofana said (via the Leicester Mercury): “[Puel said] that I am 100 per cent part of the project and that it is out of the question for me to leave during this transfer window.

“[Puel] knows me by heart and he gave me his trust directly. It is to say thank you that I extended, in April [until 2024].

“During Wednesday’s training, he saw that I was no longer there, that I see myself better elsewhere. I listen to it and I understand it.

“But he too must do the same. I hope he will open his heart and listen to me.”

FOFANA DESPERATE TO TAKE HIS NEXT STEP 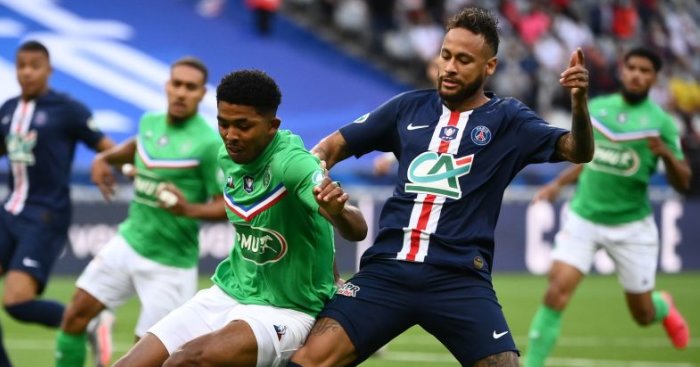 The defender added that Puel‘s comments “broke something” in him and that he would be “crazy” to turn down Leicester.

He said: “Already, last summer, I had thought about [leaving]. But as the club did not agree with Salzburg, I stayed, with 100 per cent focus on the Greens. This winter too. This time, I can’t refuse.

“Where I come from, the northern districts of Marseille and a not well-off family, that’s not possible. I’d be crazy to say no to Leicester. This contract can change my life.

“I have to protect my family by keeping them safe. The sporting and financial aspects being combined, I have to say yes.

“I am determined and mentally ready to change my life. By putting in that sum, Leicester is proving that they really want me.

“It’s not like I want to leave for a club where the number of central defenders is immense. It is a real sports project.”

Leicester have so far only made one signing this transfer window, bringing in Timothy Castagne from Atalanta.

However, Fofana could serve as a long-term replacement for Jonny Evans.

Inter can dominate Italy and Europe under Conte, claims Hakimi