Liverpool manager Jurgen Klopp has spoken out against the decision to revert back to three substitutions, claiming it would’ve been “common sense” to keep it at five.

The decision was made with player welfare in mind as the condensed fixture schedule meant games came thick and fast.

However, the Premier League clubs voted against retaining the new rule for the 2020-21 season in August.

A popular opinion against the change surrounded the unfair advantage the richer teams would have given their generally higher quality bench players to choose from.

Now, Klopp has voiced his displeasure at the return to three subs, claiming the “wrong facts” have been taken into account regarding the decision.

“I thought from a common sense point of view, of course it would be clear we will have 20 [matchday squad players] and five [subs]. It’s not an advantage, I don’t like we deal with this thing around the wrong facts.

“It’s about players’ welfare and highest quality in games for all teams. 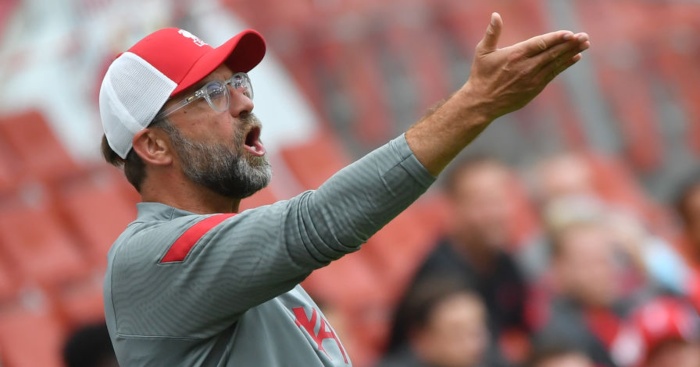 “Look at the other countries, Bayern have the best team and have an advantage with the five subs but they play the most games.

“Now it is 18 and 3, so you have to rotate more, you need numbers and fit players. That is the job we have to do. We have to make the decisions.”

Meanwhile, The Reds boss gave a glowing endorsement of Marcelo Bielsa and his Leeds Utd side ahead of their clash with Liverpool, but couldn’t resist a cheeky reference to the controversial Spygate saga.

Liverpool enter the upcoming campaign as defending champions for the first time in 30 years.

Their opening clash with Leeds will be a mouthwatering affair, with spirits sky high at the Yorkshire club after ending their 16-year exile from the top flight.

The contest promises to be an all-action encounter laced with tactical manoeuvring, and Klopp believes Liverpool’s first opponents could take the Premier League by storm.

Speaking in his Friday press conference, the German said: “Leeds are a PL team with a PL team quality-wise with a world-class manager. An intense idea of football. We have to be ready for that. I am not thinking too much about the rest of the season.