Manchester United and Tottenham have enquired about the availability of Inter Milan defender Milan Skriniar, claims a report.

United boss Ole Gunnar Solskjaer is on the hunt for a centre-back to partner Harry Maguire.

The Norwegian boss was linked with a move for highly rated RB Leipzig defender Dayot Upamecano. However, respected Bundesliga expert Christian Falk has claimed that deal is a non-starter for United.

Now United are looking towards Slovakia international Skriniar after FCInterNews reported that United are said to have “asked for information” on the central defender.

Last month Tuttosport claimed United had ‘tabled a €65million (£58m) offer’ for the player, to match that of rivals Man City, but that proved to be wide of the mark.

United though have tried to sign Skriniar previously, while Jose Mourinho was in charge. The 25-year-old rebuffed Mourinho’s advances and he is likely to to do the same again to the now Tottenham boss.

The report claims Skriniar is also likely to snub United, despite falling down the pecking order in the last few months of the season under Antonio Conte.

The powerful defender has struggled to fit into Conte’s three-man defensive tactics, but he claims the former Chelsea boss still wants him in Milan.

‘The coach still wants me’ 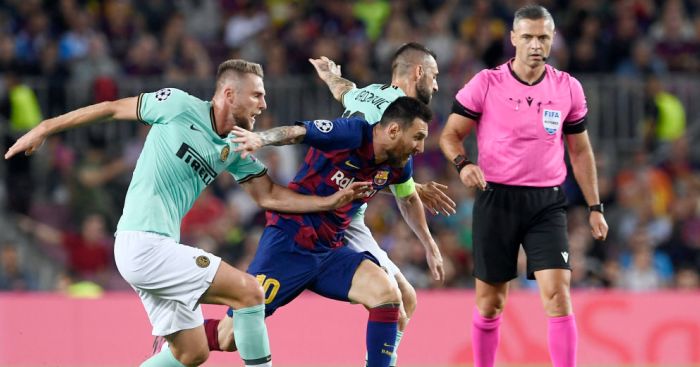 “I was accustomed to playing every game, but the coach started to make changes, seeing as we were playing every three days,” said Skriniar via Football Italia.

“After achieving good results without conceding goals, the coach didn’t want to transform the XI until the Final of the Europa League. It was disappointing not to play, but the important thing was that the team did well.

“I still have a three-year contract with Inter. The club has never told me that I am not wanted, the coach still wants me there and I have no reason to leave Inter.

“There are 30 players in the squad, it’s only natural the coach has to make decisions and he does it for the good of the team.”

In fact the report claims Skriniar, who is under contract until 2023, is “cold” on Spurs, “luke warm” on United and his “priority” is to remain with Inter.

Triple setback for Al Ahly ahead of Mamelodi Sundowns clash