Man Utd have bee told they face a “real battle” just to make the top four this season if they don’t make several more high-profile signings.

The Red Devils enjoyed a superb run of form post-Christmas that catapulted them into third place last season.

The catalyst behind their resurgence was undoubtedly Portuguese playmaker Bruno Fernandes.

The 26-year-old burst onto the scene, notching eight goals and seven assists in just 14 league appearances.

However, the boost that Fernandes provided could just as quickly disappear, according to Jermaine Jenas.

Speaking to the BBC, the ex-England international said: “I know Bruno Fernandes came in and lifted them and they are playing lovely stuff but that effect can disappear really quickly.

“An injury here or there could really hurt them. It is going to be a weird season where teams are going to have to use a lot of their squad. United will need to add to theirs to be sure of making the top four.” 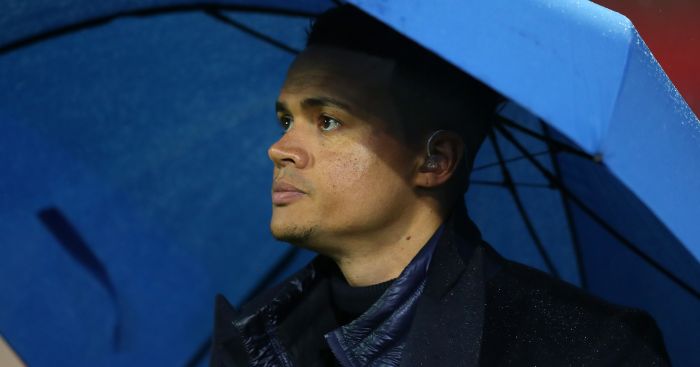 Man Utd have serious transfer business left to do

Furthering his opinion, Jenas stated that unless additional quality reinforcements arrive, Utd could remarkably struggle to just qualify for the Champions League.

“I am sure United are going to do some serious business in this window – they have to,” he continued.

“Unless they sign three or four players, they are facing a real battle to make the top four.

“They need another centre-half for starters and more numbers at the top end of the pitch. Whether it is a recognised centre-forward or Jadon Sancho.”

Upamecano disappointed a range of suitors this summer by signing a new contract at RB Leipzig. However, the German club know they will not be able to keep him forever.

In fact, their manager Julian Nagelsmann admitted this week that he is unsure if Upamecano will still be at the club in the 2021-22 season.

Why Antonio Rudiger is ‘considering’ leaving Chelsea on a free transfer