Manchester United have held off competition from Real Madrid to secure the signature of 16-year-old striker Alejandro Garnacho from Atletico Madrid.

Borussia Dortmund were also in the race to secure the highly-touted teenager. But United have sewn up the deal.

Marca claim Garnacho will sign a five-year contract at Old Trafford. He’ll arrive from Spain later this week but must quarantine for 14 days.

Garnacho is set to be United’s third signing of the summer from Spain as they look to boost their Academy.

He follows Marc Jurado from Barcelona and Alvaro Fernandez from Real Madrid. Both have already started English lessons and been introduced to their new coaches via Zoom calls, according to the Manchester Evening News.

Garnacho came through the youth ranks at Atletico and has been playing for their U19 side.

Described as Atletico’s ‘jewel, he is clearly viewed as a long-term prospect at Old Trafford. He’s just 16 and will have to wait his turn.

But United boss Ole Gunnar Solskjaer has shown a willingness to blood youngsters.

And that outlook suggests Garnacho could get his chance quicker than he would elsewhere.

United hoping to get Jordan Sancho deal over the line 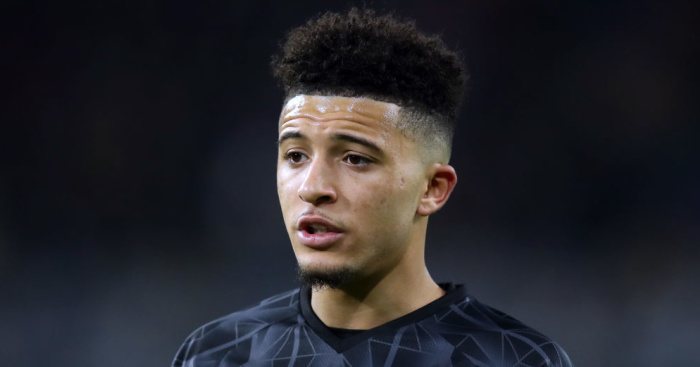 Of more immediate concern to United’s prospects this season is their battle to secure Jordan Sancho.

Borussia Dortmund are reported to want £108m for the England star.

An impasse over agents’ fees and wages had stalled a potential deal.

But Sky Sports reporter Dharmesh Sheth said on Wednesday: “I’ve been speaking to somebody close to a potential deal involving Jadon Sancho to Manchester United and in the past 24 hours there have been developments and potentially good news for Manchester United fans, because the issues of agent fees and personal terms, I’ve been told, are no longer a problem.”

Talks are set to accelerate in the next few days, according to reports.