Robertson clear on where he wants Messi to play next season

Andy Robertson has spoken out against Lionel Messi’s impending move to the Premier League and admits he doesn’t want to renew rivalries with the Argentine wizard.

Messi clearly got the better of the first encounter. He scored twice to give Barca a 3-0 first-leg lead.

But it was a very different story in the second leg at Anfield. Robertson let Messi know he was there with a shove to the head. And Liverpool produced a miracle comeback to win 4-0 and reach the final.

Messi continues to be linked with a move to England. And with Liverpool’s great rivals, Manchester City, the likely destination, Robertson is more than happy to see him stay put.

Talking about Messi’s possible move the Etihad, Robertson said: “Yeah, I’ve considered that, I hope it doesn’t happen, of course,

“From a complete selfish point of view, I hope it doesn’t happen.

“I hope he stays at Barca but look he is one of, if not the best player to ever play the game.

“So for him to go to one of your nearest rivals is probably never a good sign.

“He is a fantastic player, I have no doubt if he came to the Premier League he would bring the exact same quality and same passion and everything he brings at Barca.

“I think Liverpool have ruled out that we are going to sign him so I don’t want him anywhere near the Premier League but we’ll wait and see what happens with that.”

Robertson ready if Messi does pitch up at the Etihad 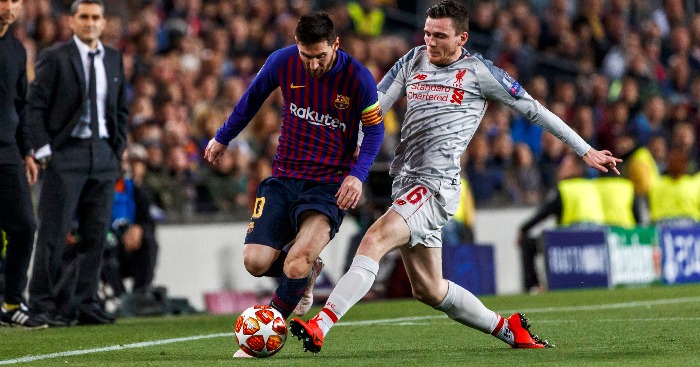 If Messi does make the switch from Spain to  England, Robertson is ready.

“Obviously, you know, you can see the uncertainty of Barca, I think everyone can see that and hopefully they get it resolved, but if he comes to the Premier League we’ll deal with it,” added the Reds ace.

“It will be great for the lads to play against him because I’ve played against him twice and it’s the hardest games I’ve ever played.

“You need to stay on watch against him at all times, he can pop up out of nowhere.

“He’s a fantastic player, like I said, probably the best ever but hopefully he stays in Spain.”

The post Robertson clear on where he wants Messi to play next season appeared first on teamtalk.com.

Donnarumma closer to Milan exit as Maignan agrees to join

How to watch England vs Scotland in Euro 2020 from India?