Southgate admits ‘lessons’ must be learnt after acknowledging England luck

England boss Gareth Southgate identified areas which England must quickly improve in, and revealed what he does “not want to see again”.

The Three Lions kicked off the UEFA Nations League campaign with a tepid 1-0 victory over Iceland.

Clear-cut chances were in extremely short supply, and the game appeared to be heading for a draw until Raheem Sterling’s late penalty.

Iceland could’ve escaped with a draw after being awarded a penalty of their own, but their spot kick was blazed high over the crossbar.

Southgate told Sky Sports: “It was a real mixed bag, we started well, we were sharp for 20 minutes. The disallowed offside goal should stand I think and that would have had a big bearing.

“Then for the next period we were good until the final third but lack of match tactics showed in our creative play.

“The sending off was a key moment and it is very difficult to win any game when you are down to 10 men. A lesson we have to learn and it was an unnecessary red card.

“We get the penalty and Raheem’s drive and desire was outstanding and then there’s another lesson we have to learn. We conceded a penalty, we got away with it and we leave with a win that is really important. A bit flat because it feels we got away with it.

“Kyle Walker realises, as an experienced player, those sort of challenges invite the opportunity for a referee to make that decision.

“We have talked a lot over the years about discipline and the amount of time we have gone out in tournaments when that has been critical – it is not what we want to see again.”

Sterling insists the future is bright 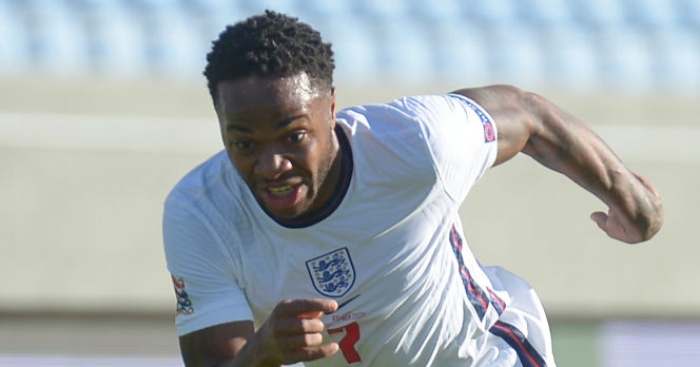 Match-winner Sterling admitted the victory was difficult to come by, but insisted that the best is yet to come from this young England side.

He told Sky Sports: “It was definitely strange but I’d rather play matches than training. It was tough but we got through it.

“We knew it would be difficult. We knew we had to challenge ourselves deep within. We kept playing our football, kept compact.

“We got the penalty, we shouldn’t have conceded that sloppy penalty, but we got lucky in the end.

“We have a bright future ahead and we need to keep growing as a team.”

The post Southgate admits ‘lessons’ must be learnt after acknowledging England luck appeared first on teamtalk.com.

Ashley Young returns to Aston Villa after a decade away