Kai Havertz’s transfer from Bayer Leverkusen to Chelsea is not expected to set a new club-record fee for the Blues.

Leverkusen gave Havertz the green light to head to London for his Chelsea medical on Friday, with the 21-year-old bidding to tie up his long-mooted Premier League switch.

Chelsea have struck a deal with Leverkusen that should now see the highly-coveted forward join the Blues for a fee that will only rise to a maximum £70million, according to the PA news agency understands.

Spain goalkeeper Kepa Arrizabalaga’s £72million switch to Chelsea in 2018 will remain as the Blues’ record signing.

Leverkusen gave Havertz permission to meet with Chelsea on Friday, with Germany’s team bosses also allowing him to leave the national team camp.

“Kai Havertz has left the Stuttgart headquarters of the German national team to clarify matters surrounding a potential move to Chelsea,” Leverkusen confirmed.

“This took place after a discussion with Bayer 04 and DFB leadership.”

Havertz is now due to have a medical in London, and will become Chelsea’s sixth signing of the summer.

Chelsea owner Roman Abramovich has underpinned a hugely-impressive transfer window for the Blues.

Timo Werner, Hakim Ziyech and Ben Chilwell have all arrived in west London in big-money deals.

France Under-21 defender Malang Sarr has huge promise having signed on a free transfer. He will head out on loan, while Brazil stalwart Thiago Silva has arrived from Paris St Germain.

Chelsea to break through £200m barrier

Chelsea’s summer spending will move past £200million should Havertz complete his switch.

The Blues have battled past their transfer ban and losing talisman Eden Hazard to Real Madrid last summer. 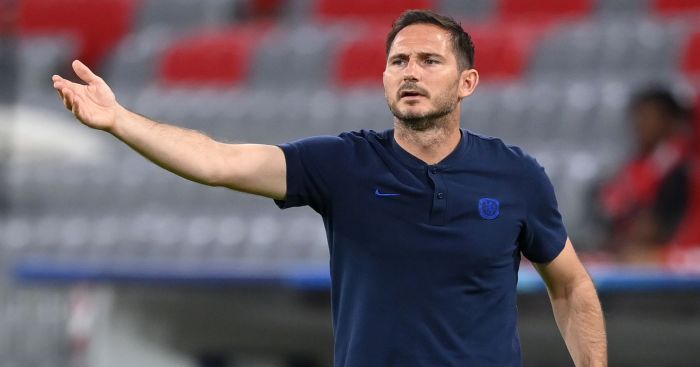 Under Frank Lampard, the Blues secured secured a fourth-place Premier League finish and Champions League qualification in his maiden managerial campaign – and has now received significant backing for his Stamford Bridge squad overhaul.

“I exchanged ideas with Oliver Bierhoff and Jogi Low over the past few days,” said Voller.

“They understand the special situation of the player and also of us as a club.

“We are grateful to the nationael coach that Kai can now sort things out with our support on site in London.”

READ MORE: Olivier Giroud has insisted he still expects plenty of gametime at Chelsea despite the arrival of Timo Werner.