The agent of new Chelsea defender Thiago Silva has told the Blues that the veteran defender can play at the top level for “another five or six years”.

Another deal – this time for a club record fee – for Kai Havertz is also on the brink of going through.

But the free-transfer raid to bring Brazil veteran Thiago Silva to the club from PSG might prove the shrewdest of all.

At 36 next month, Chelsea have handed Thiago an initial one-year deal at Stamford Bridge.

However, his agent Paulo Tonietto is adamant the former Milan man can play on for far longer.

In ending any doubts over his fitness, he also gave a detailed insight into the player’s professionalism.

“He is on holiday in Italy, he will be in London between now and the end of the week,” Tonietto told L’Equipe.

“He is happy to discover the Premier League. We had a lot of offers, but Chelsea are one of the world’s top 10 clubs.”

Discussing his fitness, he added: “Physically, Thiago can play for another five or six years at the highest level. He is an athlete who looks after himself. He doesn’t drink, he doesn’t smoke, he doesn’t party. His life is home – work, work – home.”

Chelsea director Marina Granovskaia explained the logic behind the club’s addition of the “world-class” defender. 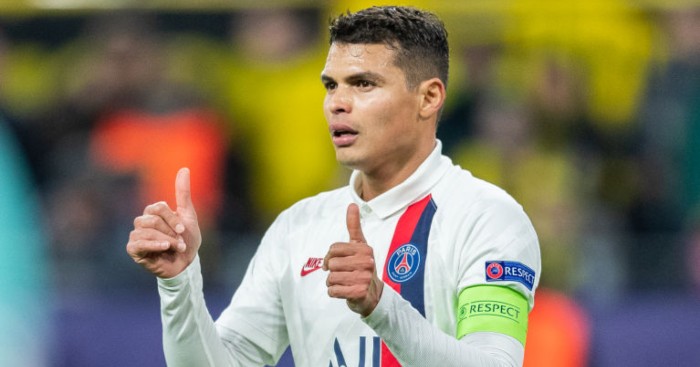 She said: “We are delighted to be able to add a player of Thiago Silva’s proven world-class credentials to our squad.

“Having performed at the highest level for many years, we have no doubt his experience and quality will complement the many exciting talents we already have here.

“Thiago will be an excellent fit and we hope he can add some new trophies to his impressive list of honours.”

Silva won Ligue 1 seven times with PSG. Before that, he also won Serie A once with Milan. He has 89 caps for Brazil – showing the kind of leadership Frank Lampard has been yearning for.

Tuchel addresses what he has found ‘brutal’ since joining Chelsea