Tottenham in talks to sign forward perfect for Mourinho’s system

Tottenham are reportedly in talks to sign Bournemouth striker Josh King in what could be another summer transfer coup.

The north London side have already brought in experienced stars Pierre-Emile Hojbjerg, Joe Hart and Matt Doherty this summer.

They have also been tipped to sign King’s Cherries teammate Callum Wilson. But a move for King appears to make more sense for Jose Mourinho.

The Norway international can play through the middle or out wide, perfect for Mourinho’s 4-3-3 system.

Wilson, however, would spend the majority of his time at Spurs on the bench behind Harry Kane – if he joined.

talkSPORT’s transfer expert Alex Crook has revealed that talks have taken place between Spurs and King’s agent, who arrived in London to begin discussions last week.

The 28-year-old, who scored six goals in 26 appearances last season, will leave Bournemouth after their relegation last season.

And Crook said: “My understanding is Josh King’s agent flew over to London last week. Talks have begun with Tottenham.

“I think that’ll be a good move for Spurs because he’s someone who can provide backup to Harry Kane. He can also play out wide, so he offers that versatility.”

King, who is also a target for AC Milan, was heavily linked with a return to his old club Manchester United back in January. But it is understood the Red Devils have no interest in resurrecting the deal.

The forward is currently away on international duty with Norway and could complete his switch to north London when he returns.

INTER PLAN TO BAIL TOTTENHAM OUT OF MAJOR HOLE

Tottenham could be offered a financial reprieve after Inter Milan registered their interest in acquiring a mega money Spurs flop.

Joe Mourinho is in the process of revamping this squad, with three new names already brought in. But there will be outgoings too in order to balance the books. 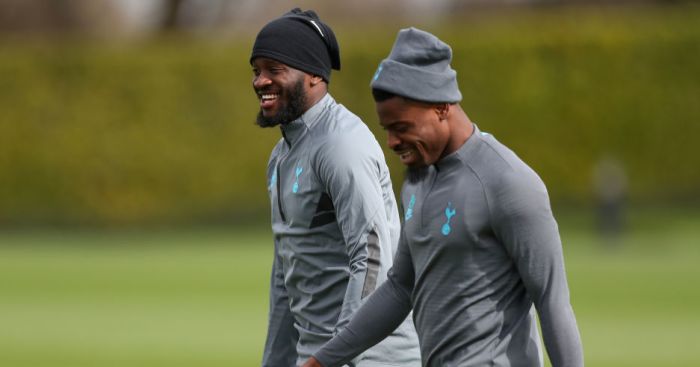 One such departure that could be on the cards is club-record signing Tanguy Ndombele.

The ex-Lyon midfielder showed little of the form that earned him the move, however, with his tepid displays drawing the ire of Mourinho in a feisty rant.

Regardless, The Express report that Antonio Conte’s Inter are seeking to end his Spurs nightmare and bring him to Serie A. Read more…

Marcelo Bielsa on the verge of signing new contract at Leeds United.