Leeds United are reported to be nudging ever closer to a club-record deal to sign Rodrigo de Paul.

The Whites are preparing for their return to the Premier League after a 16-year absence.

Rodrigo Moreno and Robin Koch have arrived at Elland Road over the weekend, as Leeds strengthen their squad.

Now, they have turned their attention to another high-profile player. According to Mike McGrath of the Telegraph, transfer expert Fabrizio Romano and Phil Hay of The Athletic, Leeds are strongly considering a move for De Paul.

De Paul has been a consistent performer for Udinese over the past four seasons, becoming their vice-captain. However, he could call time on his spell in Serie A this summer.

As per sources in Italy, Leeds officials held talks with Udinese owner Gino Pozzo over the weekend.

Now, Football Insider claims United’s director of football Victor Orta has agreed personal terms with the player over a move to Elland Road.

A United is stated to have told them the club have offered a lucrative long-term contract to the Argentine playmaker. That deal would see him handed a big pay rise on his current Udinese salary.

In addition, they state De Paul is keen on the move to Leeds to link up with countryman Marcelo Bielsa.

It’s also reported a move to Leeds appeals, despite Inter Milan making a late bid to beat them to his signature.

The one hurdle seemingly left for Leeds to overcome is the cost of the deal. 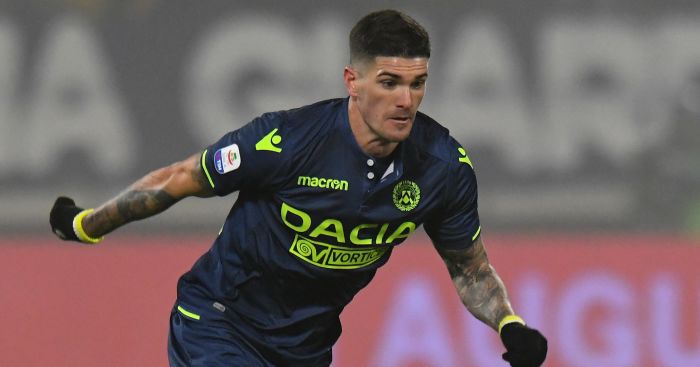 Pozzo is reported to have told Leeds there will be no discount on De Paul’s asking price and the €35m (£31m) fee will remain.

That would represent a club-record deal for Leeds, just a matter of days after they beat their own record.

They state United remain in talks with Pozzo over the structure over the deal.

De Paul, were the deal to go through, would represent another significant coup for Leeds.

He would also land the club their long-term successor to Pablo Hernandez they have been looking for.