Tottenham are reportedly preparing a shock raid for a Watford star, with two reasons cited for the potential deal.

It’s claimed that midfielder Will Hughes has emerged as a target for Jose Mourinho following the Hornets’ relegation.

The former England Under-21 international would cost in the region of £13million, as reported by the Daily Mirror.

The 25-year-old has emerged a target for two main reasons. Firstly, he has the versatility to play several midfield positions, while he would also count as a homegrown player.

Hughes is keen on an immediate return to the top flight. And there may even have been a hint over a potential move on Saturday.

Spurs were beaten 2-1 by the Hornets in a pre-season friendly at Vicarage Road, but Hughes did not feature at all.

That could indicate that a move is in the offing, although Spurs are now closer to the stage where they must offload players first before new additions are made to Mourinho’s squad.

The likes of Juan Foyth, Serge Aurier and Danny Rose are all expected to move on. Doubts also remain over the future of record signing Tanguy Ndombele.

As for Hughes, the report adds that the former Derby man’s tireless work ethic and quality on the ball are two big ticks for Mourinho ahead of a potential deal. 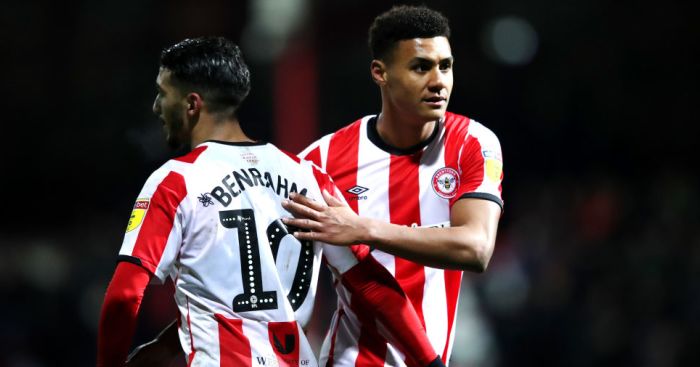 Villa have emerged as hot favourites to land the Brentford. Indeed, some reports suggest that they are close to landing the 24-year-old.

However, there appears to have been a twist in the tale. Jose Mourinho and Spurs have now emerged as contenders the prolific attacker.

According to reports from The Sun, Spurs are looking to pip Villa to the in-demand striker. Read more…

How Orlando Pirates could start against Black Leopards