Sheffield United have announced that Chelsea centre-back Ethan Ampadu has moved to Bramall Lane on loan for the upcoming season.

The Wales international has agreed to his second loan spell in as many seasons away from Stamford Bridge, following his time with RB Leipzig last term.

Speaking to the Blades’ official website, boss Chris Wilder expressed his excitement at reaching a deal.

“Ethan is an outstanding young player for Chelsea, and we’ve worked really hard to get his signature for the season,” Wilder said.

“We need to thank Frank Lampard and the people at Chelsea for helping making this happen. We’ve got a good relationship with them and they know we’re going to take good care of him.

“It’s an important season for Ethan and playing in the Premier League for us is a good move for everyone. He brings a lot of qualities to the group and he’s someone we’ve tracked for two or three seasons.”

Ampadu’s signing made it a hat-trick of deals for the Blades on Monday, with the club bringing in former Derby duo Jayden Bogle and Max Lowe.

The full-backs have joined on four-year deals for undisclosed fees. 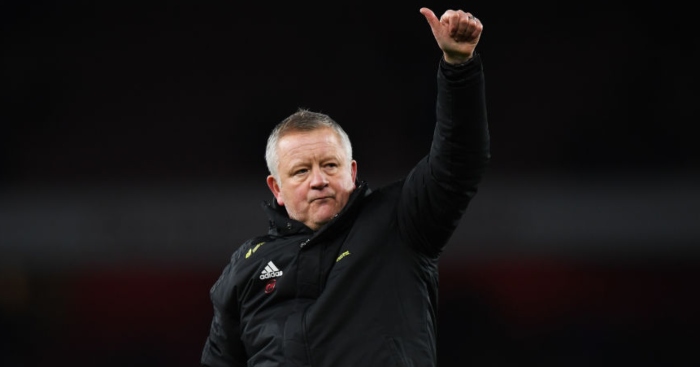 Wilder said of the earlier double signing: “The Championship has been a great recruitment area for us and I wanted to bring some young players in who will provide competition for places.

“Jayden and Max will put huge pressure on George [Baldock] and Enda [Stevens]. It was important we got the right characters, the right type of players, ones who are athletic and technically very good, both are modern day wing backs and I’m looking forward to working with them.

“We’ve got a clear plan and identification of what we need and we’re still going through that process. We’re not just signing players because other people are in for them, we’re signing these players because they fit into what we are about.

“It’s game on for everyone, it’s not a warning, it’s a fact and yet again I have to thank the board for making the two permanent signings happen because it’s a great bit of business for the football club.”

The post Wilder offers thanks to Lampard as Ampadu joins Sheff Utd on loan appeared first on teamtalk.com.

Umotong’s assist not enough as Lewes lose to Crystal Palace