Ole Gunnar Solskjaer has been warned he could face the prospect of losing Eric Bailly if the defender is not afforded more first-team opportunities at Manchester United.

The Ivory Coast international has struggled to nail down a regular role due to injury issues at Old Trafford.

Indeed, Bailly has been limited to just 11 appearances in all competitions last season owing to a long-term knee problem.

The 26-year-old has impressed when called upon but still finds himself behind Victor Lindelof as Harry Maguire’s partner.

Indeed, the Ivory Coast international just two Premier League appearances to his name this season. As a result, Bailly’s agent admits his player could push to leave Old Trafford if the situation does not improve.

Speaking to Calciomercato, Graziano Battistini admitted he would seek clarity from Solskjaer over his first-team prospects.

“The boy is in an important context such as that of United. Before evaluating an exit there must be absolutely valid situations,” he said.

The defender committed to a new deal until 2022 earlier this year. Prior to his extension, he was mentioned as a potential target for Arsenal and Tottenham.

However, Battistini suggested another club who were linked with his client, AC Milan, could be an option.

“The Milan idea may have a logic, but we need to evaluate many implications, today we are talking about nothing.”

United have struggled defensively this season, keeping just one clean sheet in the Premier League. 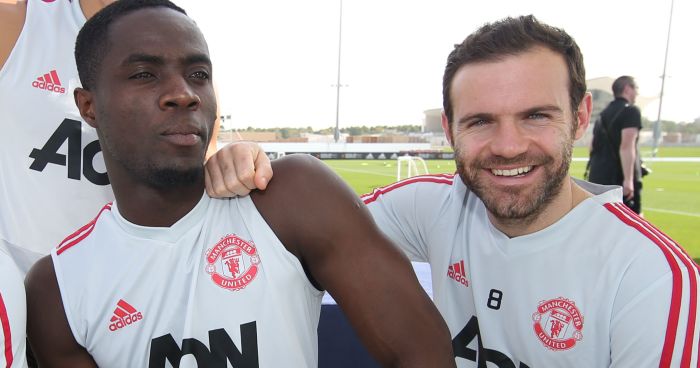 As such, Bailly’s agent reckons the defender could yet force his way back into Solskjaer’s plans.

“The experience with the Red Devils depends, as always, on luck, who you meet, on the opportunities,” he explained.

“If he has the right chances, for me he can be an important player to solve some problems of the team. If all this does not happen, it is clear that the situation will need to be assessed. But now it is too early to say certain things.

“My Spanish partners who manage him are cautious in all respects, but the boy is very focused on Manchester United.”