Arsenal are hoping to offload five stars over the next two transfer windows in order to raise up to £90m in transfer funds, according to a report.

The Gunners spent around £77m in the summer, with Gabriel Magalhaes and Thomas Partey their two most expensive signings.

However, there remains plenty to improve on at Emirates Stadium.

The international break came at just the right time for Arsenal after suffering three league defeats from four in the run-up.

Mikel Arteta has instilled a greater solidity in the Gunners’ backline, though this appears to have been at the expense of their attacking play.

Each of their three recent league defeats came without Arsenal scoring. A worrying lack of output from talisman Pierre-Emerick Aubameyang has also started to raise eyebrows.

Their lack of effort in their most recent defeat  – a 3-0 home setback to Aston Villa – also drew huge criticism from Ian Wright.

As such, Edu is reported to have put four stars up for sale, while another will be shown the door. The Brazilian hopes the departures can fund moves for Arsenal’s top two targets.

As per the Daily Mirror, Edu and Arteta are ready to dispense with Alexandre Lacazette, Sead Kolasinac, Sokratis and Matteo Guendouzi.

Kolasinac almost left over the summer and looks likely to return to Germany when the window reopens. A near £10m move Bayer Leverkusen is expected to go through.

Sokratis, meanwhile, finds himself some way down Arsenal’s defensive pecking order. The Greek defender is yet to play for Arsenal this season and was also close to leaving during the summer.

The two biggest sales, however, would likely be Guendouzi and Lacazette.

French midfielder Guendouzi fell out of favour with Arteta soon after Project Restart. He has since been loaned to Hertha Berlin. A former Gunners frontman has also told the player he’s unlikely to feature for the club again.

Lacazette, meanwhile, is rated in the £40m bracket and has attracted attention from Atletico Madrid in the past.

The Gunners also plan to offload Mesut Ozil and relieve themselves of his hefty £350,000 a week salary.

Arsenal left Ozil out of their squad lists for the Premier League and Europa League, meaning he cannot play in either competition. A departure now looks inevitable.

Arsenal, meanwhile, have already identified the two players they want to sign next. 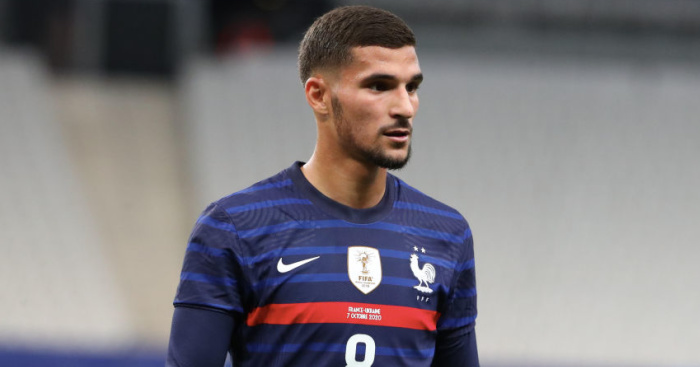 The Gunners spent a large part of the summer chasing Lyon midfielder Houssem Aouar. His €60m asking price proved prohibitive during the summer. However, the sales of a number of fringe men will give them the funds needed.

Arsenal’s lack of creativity has been highlighted and Arteta and Edu believe Aouar is the man who can fix it. RB Salzburg’s Dominik Szoboszlai is their fall back option, with talks already held.

The Gunners also have their sights set on a new centre forward. With Lacazette likely to leave, Arteta is said to be keen on Celtic’s Odsonne Edouard.

Edouard hit 28 goals for Celtic in the aborted 2019/20 season as they equalled a Scottish record by sealing a ninth consecutive title win.

The France U21 striker already has six from 13 appearances this season, taking his tally to 68 in 139. 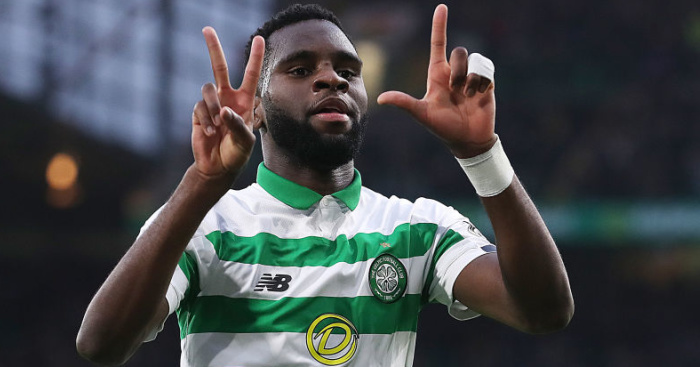 But it’s not just his goalscoring prowess that appeals to Arteta. He feels Edouard’s unselfish nature would thrive at Arsenal. Indeed, it’s claimed he’d be a perfect link man to bring others into play.

Furthermore, the Daily Record claims the striker himself has suggested this will be his last season in Glasgow.

“I’ve been here for three years, and for sure when the time comes I’ll think about leaving,” he said. “I’m look for a higher league. Right now I’m focused on this season. When the right time comes I’ll make the decision to go.”

The addition of the duo would likely set Arsenal back around £90m. However, the prospective exits of the five aforementioned players could ensure Arsenal’s net spend will not break the bank.

The Chelsea lineup that should start against Leicester