A member of The Gunners’ Invincible season of 2003/04 has urged Arsenal to launch a raid for a rising England superstar amid tentative comparisons to club legend Dennis Bergkamp.

Arsenal currently sit 11th in the Premier League table after a a run of four defeats in six halted their early momentum.

Manager Mikel Arteta has received praise for reshaping the club’s perennially leaky defence. The additions of centre-half Gabriel Magalhaes and midfield enforcer Thomas Partey have aided his cause.

But a drought in front of goal has been an unfortunate by-product. Arsenal have failed to score in three of their last four league matches.

Star striker Pierre-Emerick Aubameyang has been deployed out wide and has struggled to find the net with his usual regularity. However, one pundit believes Arteta has justifiable reasons for continuing with this tactic.

Nevertheless, a lack of potency in the attacking third must be addressed if Arsenal are to challenge for major honours going forward.

The Aston Villa talisman has been in sensational form this season, resulting in his breakthrough into the England set up.

The Red Devils were linked with the playmaker all throughout the summer. Interest ultimately cooled after they opted to sign Dutchman Donny van de Beek instead, though has not gone away entirely.

Their loss could be Arsenal’s gain, with Silva telling The Invisible Wall Show (via Goal):

“Grealish, amazing. It seems like he could be a player that Arsenal missed.

“With his ability, he was one of the guys in the middle who can play beautiful football. He controls the ball, assists and can score goals.

“He is slightly different from Dennis Bergkamp, but he could be somebody for the future at Arsenal.” 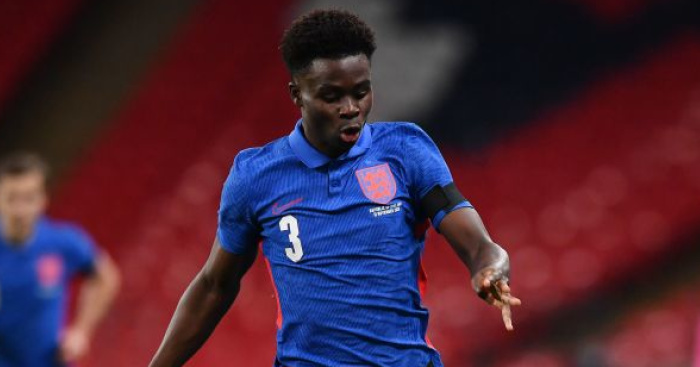 Another person related to Arsenal who Grealish has made an impression on is Bukayo Saka.

The versatile youngster recently said (via Goal): “He is a top player.

“When I came here [on England duty] before in my first camp he was probably the player who impressed me the most in training.

“Before we played against Villa we did analyse him and we picked him out as one of their main threats and he showed it in the game. He was amazing from start to finish.”

Bruce denies Newcastle are safe; names what cost them against Arsenal