Everton forward in demand, but Ancelotti insists he remains ‘important’

Tosun, 29, scored 64 goals from 142 appearances in all competitions for the Istanbul outfit. The hitman moved to Goodison Park in January 2018 but has enjoyed only limited success on Merseyside.

Having made 25 Premier League appearances in 2018-2019, he then fell down the pecking order. The Turkey international netted just once for Crystal Palace while on loan for the second half of last season.

His time at Selhurst Park was cut short by an anterior cruciate ligament injury picked up during training. He has only just returned to action with the Toffees and is being sparingly used by Carlo Ancelotti. It remains to be seen if he has a future with the club but Cebi has made his feelings clear.

“There is a saying, ‘My dear wants heaven, but my sins do not leave,’” he told BeIN SPORTS (via Sport Witness). “I also want Besiktas to get better players for success. We want to rejuvenate the team. I want a striker transfer.”

Palace did have an option to purchase the player outright at the end of last term. However, his injury ended any possible deal and it is unknown whether Roy Hodgson wants him in south London.

Besiktas may make a move in January, with Cebi hinting that he will leave no stone unturned.

“Cenk Tosun comes to the fore as a name,” he added. “Cenk Tosun is with a club now, connected, but I would like to try it if there is a chance.”

Ancelotti, who now has James Rodriguez at his disposal, has made it clear that the Turk will be only a bit part player this campaign.

With only 10 goals to his name for the blue half of the city, he is never going to be prolific. But the Italian tactician feels the man who began his career with Eintracht Frankfurt can make an impact. 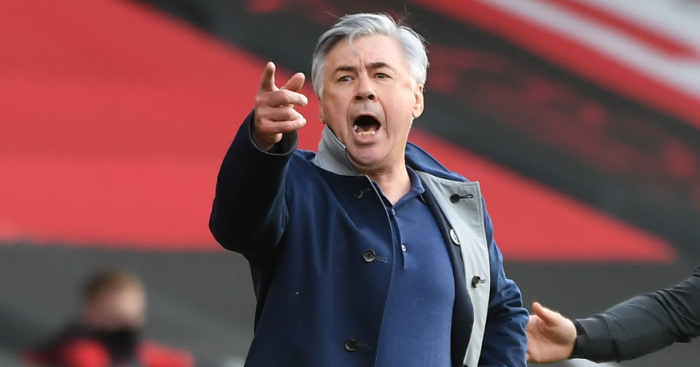 “We need Cenk for some games, he is a good striker in the box, really good, really efficient in the box,” he said. “It is good to have him back. Of course, he has to improve his condition but I think it is an important sign he is back.”

Everton will hope to bounce back from three straight defeats after the international break. They are next in action on November 21 with a trip to the Thames to take on struggling Fulham.

The post Everton forward in demand, but Ancelotti insists he remains ‘important’ appeared first on teamtalk.com.