Manchester United old boy Adnan Januzaj could be heading back to the Premier League in January, with Southampton and Brighton both expressing a strong interest.

The Belgian, 25, burst onto the scene under the stewardship of David Moyes at Old Trafford.

While still a teenager, Januzaj offered glimpses of his huge potential in an otherwise disappointing 2013-14 campaign for Man Utd.

The Scot was sacked before completing his maiden season, however, with Dutchman Louis Van Gaal appointed as successor.

Januzaj quickly fell out of favour under the new boss, and within 18 months, was loaned out to Borussia Dortmund.

However, he was eventually sold to Real Sociedad in summer 2017, signing a five-year deal at the time.

His move to LaLiga looked a shrewd one, as Januzaj began to fulfil the potential his early promise had shown.

This season, however, has been a different story with the Belgian falling out of favour. Indeed, he has made just two starts in LaLiga for Imanol Alguacil’s side.

While Sociedad are keen to extend his deal, HLN claims Januzaj is looking for a move away. The Belgian outlet claims the winger wants to move to keep alive his dream of playing for Belgium at the rescheduled Euro 2020.

As such, HLN reports that both south-coast rivals Southampton and Brighton are keen on a deal.

Of the two, it’s believed an offer from Saints could win the day. Ralph Hasenhuttl’s side sit fourth in the Premier League and appear set for a strong season.

Van Gaal has been pretty outspoken since being replaced by Jose Mourinho at United in summer 2016. 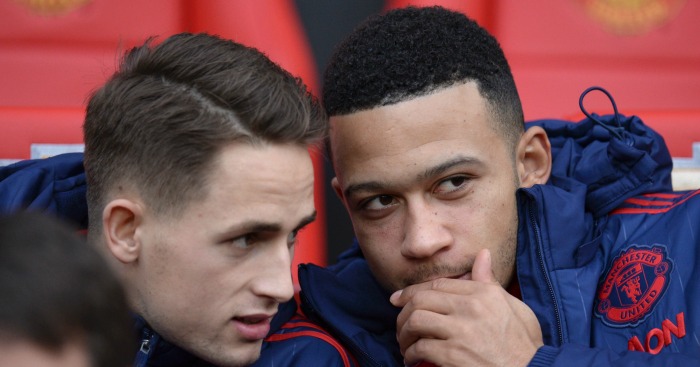 He has frequently taken aim at the club, while Januzaj and Memphis Depay have also been on the wrong end of tongue lashings.

Januzaj has returned fire though, slamming Van Gaal for the way in which he handled his young career.

“Well, Louis van Gaal. I really shouldn’t defend myself against him, the statistics say enough,” he told Het Nieuwsblad.

“Every time I made the difference with an assist or a goal, I was on the bench again afterwards. Memphis was the same.

“When he says he has given us enough opportunities, he is not telling the truth, it’s that simple.

“Fortunately, there are plenty of people at Manchester United who know how to appreciate me.”

Lovren opens up on why he left Liverpool and Salah friendship

James Rodriguez says he was “disrespected” over Copa America decision