West Ham legends to greet fans after statue approval given

West Ham have been given the green light to honour three club legends, with a statue of the trio set to be erected at London Stadium.

Bobby Moore, Sir Geoff Hurst and Martin Peters will be cast in stone to greet fans in the East End. The statue is part of the club’s 125th anniversary celebrations. It will focus on the 1965 European Cup Winners’ Cup victory.

Hammers co-owner David Gold revealed the news on Friday, taking to Twitter to outline the plans.

“I am delighted to confirm that planning approval has now been confirmed for the installation of a new statue at London Stadium honouring our three greatest sons – Bobby Moore, Sir Geoff Hurst and Martin Peters – and our greatest triumph, the 1965 European cup winners victory,” he tweeted.

The news was also revealed on the club’s official website.  It will be the second statue of the players as one exists near West Ham’s former home of Upton Park.

Gold unveiled plans for the tribute back in June but made it clear the statue would be subject to approval. That has now been granted and fans will await its arrival outside the Bobby Moore Stand.

The three stars played in the Hammers’ 2-0 European Cup Winners’ final win over 1860 Munich. Moore made 647 appearances for the club between 1958 and 1974 while also captaining England to World Cup glory.

He died in 1993 but remains part of the folklore at The Irons having given so much to the club. Peters passed away in December last year aged 76 but will never be forgotten by those in claret and blue.

The midfielder played 203 league games, scoring 81 goals for West Ham. He was capped 67 times by the Three Lions.

Hurst, 78, will always be known for scoring a hat-trick as England won the 1966 World Cup final at Wembley. But he is also fondly remembered by Hammers fans after bagging 242 goals from exactly 500 appearances.

The statue will be seen as an important statement after the controversial decision to move grounds. There was opposition to leaving Upton Park but the increased capacity at London Stadium has increased revenue. 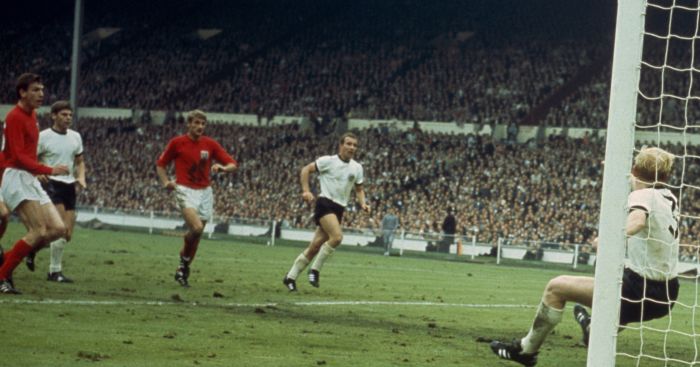 Having the three icons outside the ground will only add to the feeling the stadium is now home. There is no word on when it will be ready and the hope is to have an unveiling ceremony post-Covid.

The post West Ham legends to greet fans after statue approval given appeared first on teamtalk.com.